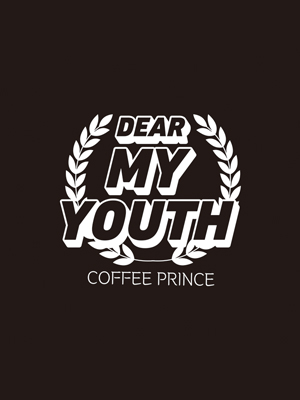 - Gong Yoo, Lee Sun-kyun, Yoon Eun-hye, Chae Jung-an, Kim Dong-wook, and Kim Jae-wook, the main characters talk about 〈Coffee Prince〉- Coffee Prince, my youth, and the behind-the-scenes story of the production.- A dramatic surprise meeting in 13 years!〈Coffee Prince〉 is coming back! The main characters are the casts of 〈Coffee Prince〉, which has established itself as a legendary drama since it was aired in 2007. Gong Yoo and Lee Sun-kyun, who are now the best actors of the time, Yoon Eun-hye and Chae Jung-an, who are still in the hearts of many people, and Kim Dong-wook and Kim Jae-wook, who proudly became the main actors. The main characters of 〈Coffee Prince〉 gathered to reminisce about their fresh appearance 13 years ago.
〈Coffee Prince〉 showed the sophistication ahead of the times with the setting of a woman dressed as a man, untypical individual characters, and an unconventional yet empathetic storytelling. The scene and music, which are not tacky even now, have imprinted this drama as the best melodrama that comes to mind when it comes to "summer."
The "Hangyul-Eunchan" couple remained the life characters for Gong Yoo and Yoon Eun-hye, while Lee Sun-kyun and Chae Jung-an, who showed adult reality love, also enjoyed explosive popularity. "Princes" including Kim Dong-wook and Kim Jae-wook, who just debuted, has also become the top youth stars. In fact, they are stars who can hardly see their faces other than dramas and movies, but everyone has been willing to appear, saying, 〈Coffee Prince〉 is different." First, they interviewed each other, and then watched each other's film clips through Untact and shared their encouragement and sympathy. In fact, the filming period overlapped with the social distance between COVID-19 and the meeting was unclear. However, a dramatic surprise meeting took place with the cooperation of the cafe, which was the actual filming location of 〈Coffee Prince〉. As they still call each other 'family' and boast a special bond, the long-awaited encounter was amicable and pleasant. Taking a step further from there, the six actors touched the production team by telling honest stories about their respective youth and their worries as actors. They shared the best scenes of 〈Coffee Prince〉 and vividly shared the emotions and episodes of the shooting as if they had gone back to those days.On top of that, behind-the-scenes stories about the cast, which director Lee Yoon-jung, who directed 〈Coffee Prince〉 will also be revealed, including the behind-the-scenes stories of the production that has not been known so far, including the unexpected helper. The actors burst into tears as soon as they saw director Lee Yoon-jung's video. It contains the voice of why they love 〈Coffee Prince〉 so much. MBC's "Dear Youth- Coffee Prince" will be aired on September 24 and October 1 in a two-part series.