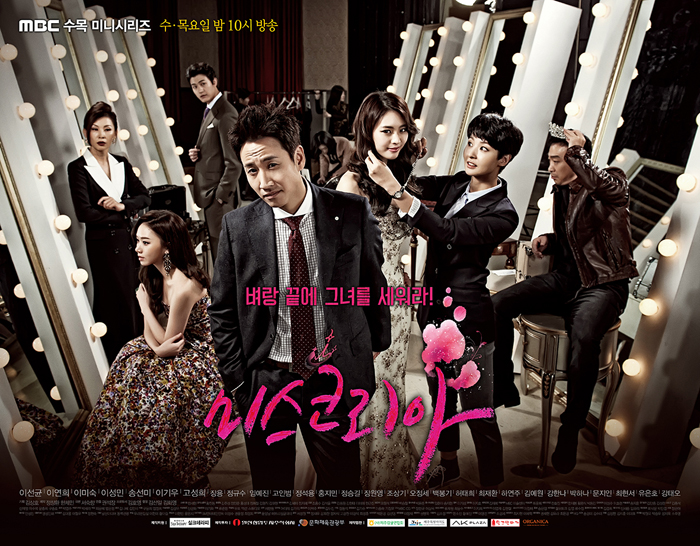 It is indeed Lee Yeon-hee’s attraction that gathers male viewers in front of the TV screens no matter that they are the age group who seldom watch drama series. The male viewers also tend to sympathize with the male characters of [Miss Korea] such as actor Lee Sun-gyun and Lee Sung-min, the characters who are experiencing trouble caused by economic problems.

Lee Yeon-hee is acting an elevator girl who is picked up to challenge for the national beauty pageant. She is broadening the field of her acting and drama viewers are excited to discover the new images of her. In the drama, the chairwoman of the beauty parlor, actress Lee Mi-sook, is sculpting Lee Yeon-hee’s attraction to win the crown of the pageant targeting the hearts of the men nationwide. As such, actress Lee Yeon-hee is appealing to the male viewers attracting them to the TV screens.

MBC’s new drama series [Miss Korea] is making a new group of fandom. And soon the love story between Lee Yeon-hee and Lee Sun-gyun will lead on to make it a warm drama embracing the viewers of all generation.

One of the production staff said, “following after Lee Yeon-hee, now it is Lee Sun-gyun’s turn to emit his attraction as the love story between the couple develops. As well as the male viewers who have fallen for Lee Yeon-hee, the female viewers will now fall for Lee Sun-gyun. They won’t be able to take their eyes off him with his sweet voice and appealing eyes.”

In the previous episode, Lee Yeon-hee refused to go through plastic surgery leaving the viewers curious how she will challenge to win the crown of the beauty pageant, to become ‘Miss Korea’.