Title [Goddess of Fire] The Attracting Points - Masterpiece of the costume drama is coming to your TV screens
Upate 2013-07-04 13:07 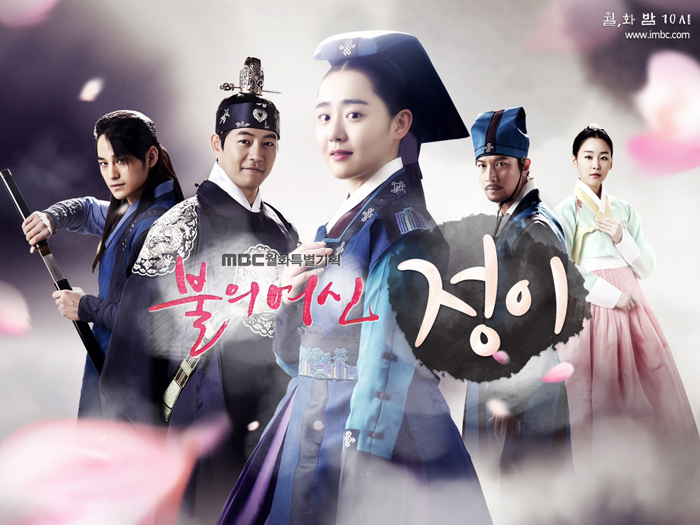 [Goddess of Fire] depicts an intense life and love of the first lady porcelain maker in Joseon Dynasty. The drama is written by Kwon Soon-kyu who wrote the drama [Warrior Baek Dong Soo] and the novel [Goddess of Fire], and directed by Park Sung-soo who has directed [Do It Your Way], [Doctor Gang], [Sweet Proposal] and more. These names bring up more expectations to the new drama [Goddess of Fire].

[Goddess of Fire] opens up in ‘Bun Won’, the porcelain workshop in the 16th century. Korea, Joseon Dynasty’s porcelain culture is evaluated to be the top quality mixture of science and art in East Asia. The drama focuses on the love and artistic life of the first lady porcelain maker whose life was not easy under the conservative costume where women were not given the equal chance. The main theme, ‘porcelain making’itself is already gripping the attention and affection of the drama lovers.

In order to meet such expectations of the viewers, the production team has built a kiln in the set which is as huge as the historical one in ‘Bun Won’. The production team also brought the real masterpieces from the famous ‘Do Pyung Yo’which is evaluated to be one of the top four porcelain makers of our time. Moon Geun-young and Park Geon-hyeong who are acting porcelain artists in the drama are actually learning the real skills in a well-known porcelain academy. They are all ready and set to give out the biggest pleasure to the drama lovers.

Moon Geon-young’s coming back to the costume drama is also the key point to the drama. In 2008, she won the award ‘the best actress of the year’for SBS’s costume drama [The Painter of the Wind]. She was only 22 years old and she acted a female painter disguised as a man because of the social convention where the woman’s success was impossible. This was her first main character and she won the award.

She has not appeared in any costume dramas since and it is a thrill to the drama lovers that she is coming back with [Goddess of Fire]. She also expressed her affection during the press conference by saying “I have really wanted to come back to the costume drama.’

Kwang Hae, the 15th king of Joseon Dynasty, is famous for his outstanding foreign policy. But he is also known with the disgraceful piece of history where he was involved in a political party strife that ended up with the murder and expel of the family members. Historically his evaluation stands between the good king and the bad.

Recently, there have been attempts to re-evaluate Kwang Hae in several films and books. [Goddess of Fire] is one of them. In this drama the crown prince Kwang Hae(acted by Lee Sang-yoon) will show his flaming love toward one woman and his loneliness while struggling in the fierce political situation. He will show the heart of a man before a king.

Romance between the crown prince and the lady porcelain maker, having to overcome the huge gap of the social status is also one of the key points of this drama.


◆ Moon Geun-young and Lee Sang-yoon meeting as a couple

Moon Geun-young and Lee Sang-yoon’s meeting as a couple is also an interesting point of the drama. Moon Geun-young’s charm was her cute, naive, and pure image with her skillful acting. With this image, she has been popular since she was a little girl. Since she was first introduced on TV for the first time, she has been called ‘everybody’s sweet sister’.
Lee Sang-yoon has been making his image with handsome look, kind smile, and smart figure. Previously he acted a truthful husband in KBS’s [My Daughter Seo-young] and through this character he introduced a new generation’s loving husband to all the wives and was called ‘everybody’s sweet husband’.


◆ All the professional supporting actors & actresses

It is up to the actors and actresses to make the drama a masterpiece. In this aspect, [Goddess of Fire] cannot be readier to be a masterpiece with the top stars from main to supporting ones: main stars Moon Geun-young & Lee Sang-yoon, elderly stars Jeong Bo-seok, Lee Jong-won, Byun Hee-bong, children stars Jin Ji-hee, Noh Young-hak and Park Geon-tae... just all the top stars have gathered. Just looking at the names of the cast gives confidence and expectations to the viewers trusting the outstanding acting of every single cast.

[Goddess of Fire], full of attracting factors to enjoy, starts broadcasting from 10pm on July 1st.