MBC's weekend special drama, <Flames of Desire>... Yoo Seung-ho (Plays the role of Kim Min-jae) is the grandson of the owner of a huge corporation called Atlantic Group, and he's falling in love with a star actress Seo Woo (Plays the role of Baek In-gi) 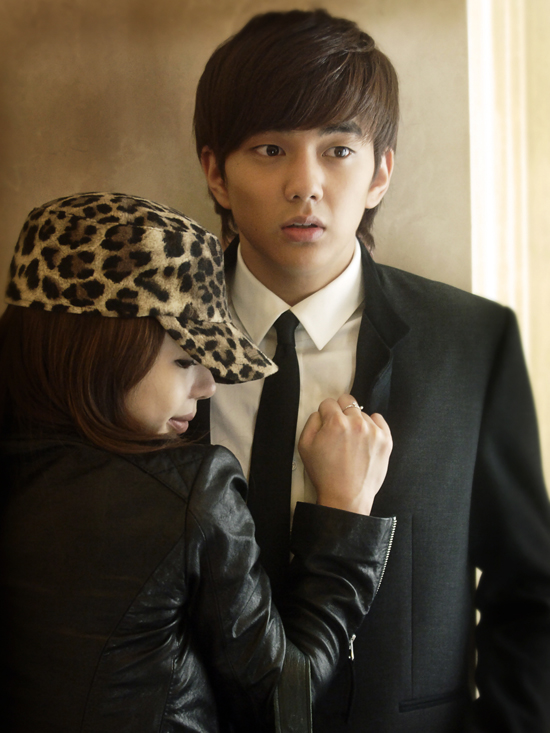 Baek In-gi and Kim Min-jae accidentally encounter each other through a silly incident. As Kim Min-jae gets to know her better, he realizes that she has pain and scars that are hidden behind the luxurious life as a star. And on the episode aired last Saturday (Nov. 6), he confesses his heart to her by saying, "Whether your world is in a quagmire or hell, I want to save you."

However, there is one character who is not happy with him falling in love with her.

It is his own mother, Yoon Na-young (played by Shin Eun-gyeong), who has an ambitious dream of making her son the next owner of Atlantic Group. Unlike the warm and soft-hearted Min-jae, she is cold and manipulative. And because of her greed and passion, the love of Min-jae and In-gi is not going to be smooth sailing.

The usually cold-hearted In-gi finds her heart melting when she's with Min-jae. As she falls for his pure heart, the story takes a whole new turn. She first thought of him as a rich boy who never experienced any hardship in life. But the more she gets to know him, the more she realizes how warm and pure his soul is, and she begins to fall for him uncontrollably.

From Episode 12, Min-jae and In-gi dive into their dangerous yet beautiful romance and are simply happy to be together. However, his mother, Na-young, has other plans for them. She makes plans to get rid of In-gi who she believes will get in the way of her son's success and future.

An associate of the drama tells us that, "Viewers will be completely attracted to this cute couple as they fall deeper and deeper for each other." He also commented that, "As Min-jae and In-gi fall deeper in love, two different femme fatales, Yoon Na-young and Baek In-gi, will show a strong contrast which will make sparks fly."