In “Kim Su-ro, The Iron King,” who will be the next kingmaker following in the steps of Yibiga, Jo Bang, and Deuk-seon? 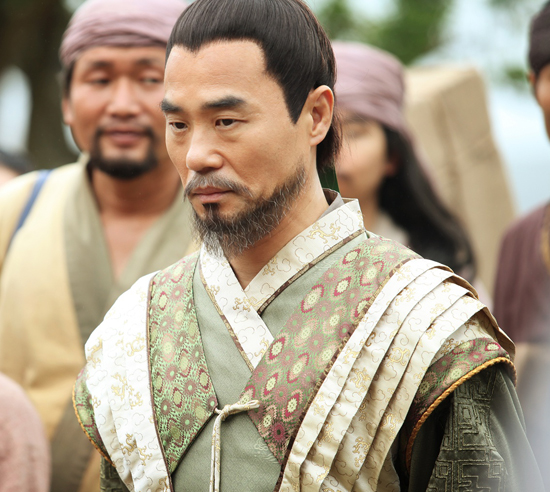 “Kim Su-ro, The Iron King” MBC Weekend Special Drama Feature
In “Kim Su-ro, The Iron King,” who will be the next kingmaker following in the steps of Yibiga, Jo Bang, and Deuk-seon?
Actor Kang Shin-il, who starred in “Public Enemy Returns,” will play Seon-do, who mentors Su-ro!
- Actor Kang Shin-il becomes Ji Sung’s onscreen mentor? Appearing in the MBC Miniseries “Kim Su-ro, The Iron King” as the character Seon-do, Kang will bring his characteristic deadpanned delivery to the show!
In the latest episode of Kim Su-ro, The Iron King (Screenwriter: Jang Seon-ah, Kim Mi-suk, Director Jang Soo-bong), Su-ro (actor Ji Sung), who grew up as the foster son of a wealthy, noble family, finds himself at the mercy of evil men who intend to sell him as a slave. Acclaimed actor Kang Shin-il will take on the role of Seon-do, a kingmaker who mentors Su-ro.
Kang will play the character Seon-do, one of several kingmakers who guide Su-ro through his life as he reinvents himself as the king of the iron industry after displaying innate leadership. Later on Seon-do will become a staunch supporter of Su-ro, helping him return to the Guyaguk Kingdom.
A kingmaker is always involved in the lives of charismatic figures who are destined to become kings. Kingmaker characters are instrumental in creating a hit period drama and in “Kim Su-ro, The Iron King,” several appear in different scenes in a dramatic way. In previous episodes, Yibiga (actor Lee Hyo-jeong), the leader of the ceremonies, Jo Bang (actor Lee Jong-won), Su-ro’s foster dad, and Master Deuk-seon (actor Jang Dong-jik) imparted their wisdom to Su-ro and helped him become a stronger individual.
These three kingmakers were interesting characters to begin with. In the case of Yibiga, the leader of the ceremonies, he grappled with controlling his human desires while maintaining the sanctity of the ceremonial rites. Jo Bang wholeheartedly trusted Su-ro and groomed him to become the next leader of the iron works guild. Deuk-seon invested a great deal of his time teaching Su-ro martial arts and coming to his aid whenever he was in trouble.
Meanwhile, Seon-do (actor Kang Shin-il), the new kingmaker in Su-ro’s life decides to buy Su-ro who was enslaved by Seok Tal-hae (actor Lee Pil-mo) through trickery. As the owner of the iron foundry in Neukdo Island, Seon-do has a big heart and a reputation for keeping his word, earning respect from everybody.
It is Kang’s first time to appear in a period drama like Kim Su-ro, The Iron King. Seon-do keeps a gentle but firm rein on Su-ro after seeing great potential in the boy. He entrusts Su-ro with greater responsibilities and is very supportive of his aspirations. In an interview, Kang said that Seon-do will turn out to be a charming character that treats Su-ro like a son.
Asked about his new cast member, actor Ji Sung said, “I’ve always admired Kang Shin-il and so it’s wonderful to have an opportunity to work together with him on the set. The minute I met him, I instantly felt that I could learn a lot from him. So it didn’t come as a surprise when he began giving me acting tips that were very helpful. It’s wonderful to meet someone whom I would like to keep in touch professionally and personally for years to come.
Meanwhile, the growing power struggle between Su-ro (actor Ji Sung), Shingwi Ghan (actor Yoo Oh-seong), and Jeong Kyeon-bi (actress Bae Jong-ok) over the iron industry and competition to build up strong army will intensify, leading to an all-out war. The plot thickens in Kim Su-ro, The Iron King, a special MBC drama feature that airs every Saturdays and Sundays at 9:45 PM.