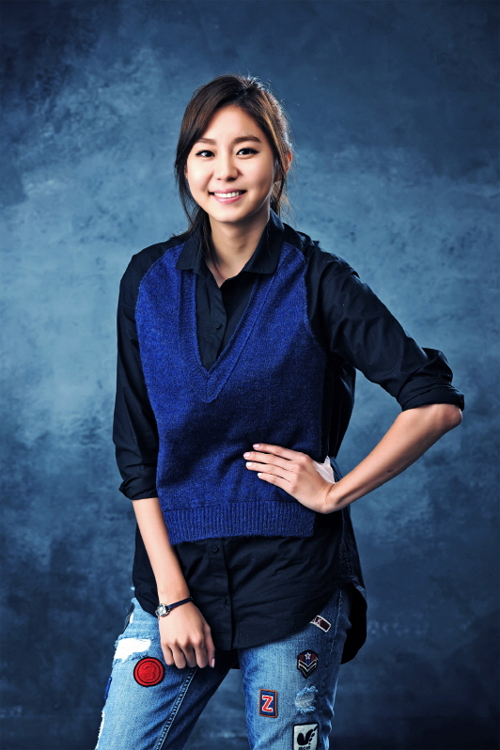 MBC’s new drama series [Golden Rainbow] starts broadcasting every Sat & Sun 21:55. The story is about 7 siblings whose fates are entangled.

Here is the interview with Uee at the press conference.


Q. You are about to start shooting your scenes. What are your feelings now?
A. I keep thinking how I should act my character. I wonder how actress Yoo-jung will act my character’s childhood days. I hope I could make a smooth connection and make my character shine when it is my turn to act the grown up part.


Q. The other members of ‘Afterschool’ could be envious of your acting. Are they?
A. Yes, of course they are. However among the members, there are many actor Jung Il-woo’s fans. They say they will come to the shooting location which they have not done before when I was acting in other dramas.


Q. What is actor Jung Il-woo’s charm?
A. The first time I have seen him was during the script reading. He was very attractive and I liked it that he was very tall. I thought I could wear high heels at the press conference. Only at the press conference though, because my character, Baek-won, is not the type to wear high heels. And I was very happy to hear people saying that we look good together.


Q. How similar is Uee to your character Baek-won?
A. Baek-won is a very active and brave character. I am also very honest and like to jump around, which I think is similar to Baek-won. Baek-won is a girl with many younger brothers and sisters. While acting Baek-won, I will need to show the charisma to control over the younger ones.


Q. What made you accept this role?
A. More than I liked the drama [Golden Rainbow], I really liked the character Baek-won when I first read the synopsis. I am ready to show my charisma and I am ready to work hard.


Q. Is there any Jung Il-woo’s previous character that you like?
A. I think he looks better with light characters than the serious ones. His character Do-young in this drama is the light one and I think this character is really becoming to him.


Q. What is your charm?
A. Maybe... the physical health. Baek-won laughs a lot, cries loudly when she is sad, always running around... I am ready to a BE this character.


Q. What is the key point of this drama?
A. My character Baek-won goes through complicated identification. Ha-bin becomes Baek-won and Baek-won again becomes Ha-bin. I hope the viewers open their hearts to share the sadness with her.