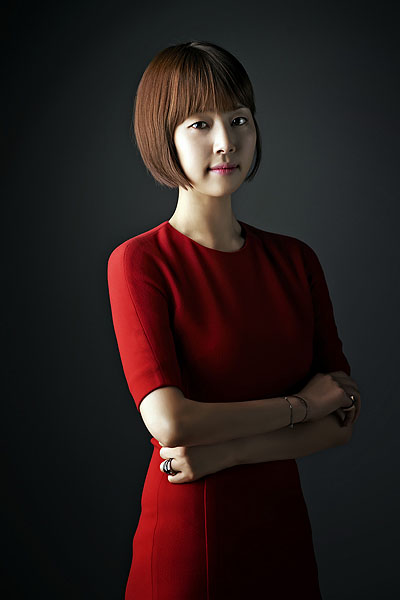 Actress Han Ji-hye is acting in MBC’s new drama series <May Queen>. She says “I will make the viewers hit on this drama whenever they hear the word ‘sea’!”

Han Ji-hye is coming back to TV drama after 1 year she has acted in MBC’s <The Duo> which ended in May 2011. She is acting a character ‘Hye-joo’ who likes ships and is always so active to bounce back as soon as she collapses. Her charm is to make other people happy and bright. She has a born talent in handling the mechanics and repairing the broken ships. Her dream is to make a gorgeous ship for her father.

Han Ji-hye says “I’ve always liked doing something in the sea. So after having read the scripts of this drama, I felt I was very close to this character.”

She also said “I am thrilled to show my improvement but at the same time I am also very nervous. But I am ready to try my best to make this drama long remembered to the viewers.”

<May Queen> is a story about young people dreaming on the vast sea who were born in the time when shipbuilding industry was developing. They are to close down the parents’ generation of grudge and hardship. Now they are going froward with their lives whirling in the time of ambition & love, betrayal & revenge, failure & success.

Q. You are coming back 1 year after the drama <The Duo>. How have you been?

A. I’ve seen many concerts, traveled a lot, I did some language studying in Chicago for 9 months. I tried to build up some knowledge and it was a happy time for me.

Q. Is there any typical reason you chose this drama?

A. I like this drama’s setting which is at shipyard and that the shooting location was at Ul-san. My character, Hae-joo, is a very attractive character who has depth in her. This character is worth challenging for acting.

Q. What kind of character is ‘Hae-joo’, your role?

A. She has to earn for the family. Her life has been miserable but she never loses hope. She is a strong girl who has to take care of her mom, brothers and sisters but she never forgets to push her dream come true.

Q. Your character ‘Hae-joo’ is a very cheerful girl. How is your own character?

A. This character is very much like me and that is the reason I wanted to act her. I have two feelings in me now. I am very thrilled to present my improved self to the viewers and at the same time, I am very nervous about it.

Q. You still look very young even after your marriage. What is your secret?

A. I used to stay home most of the times. But recently I go out a lot. I drink tea with my friends, I watch many concerts and movies... I try to communicate a lot with the world outside. This makes me cheerful and I guess that keeps me look younger. I try not to feel too much stressed while shooting. I try to have fun on the shooting locations. (laugh)

Q. Have you met Kim Yoo-jung, the girl who is acting the childhood of your character?

A. I heard that she is very popular. I have seen her acting in <Moon Embracing the Sun> and thought she acts very well. When I met her in person, I thought she was very pretty.

Q. What was your first impression of your partner actor?

A. I have heard that Mr.Kim Jae-won is such a friendly man who likes to take a  good care of other staffs and enjoys good food. I am happy and excited to have a chance to act with him. I hope we could be friends. (laugh)

A. I really love the sea. From time to time, I go to Busan to learn to ride yacht and kayak. I love active hobbies.

Q. What do you recommend we have to see in <May Queen>?

A. The script is very good. And because the story is about grand shipbuilding business, it will also be visually very attractive. There are drama series which does not draw viewers’ attention in the beginning but makes news as the series go on. But I think, in order to make it a competitive drama any time, you need to have faith that this drama will be remembered forever to the viewers.

Q. What is your resolution?

A. I think I could give out the presents this time, making this a very good drama. Please send me affection to my new improvement and I shall pay back with this drama which will be remembered for long.