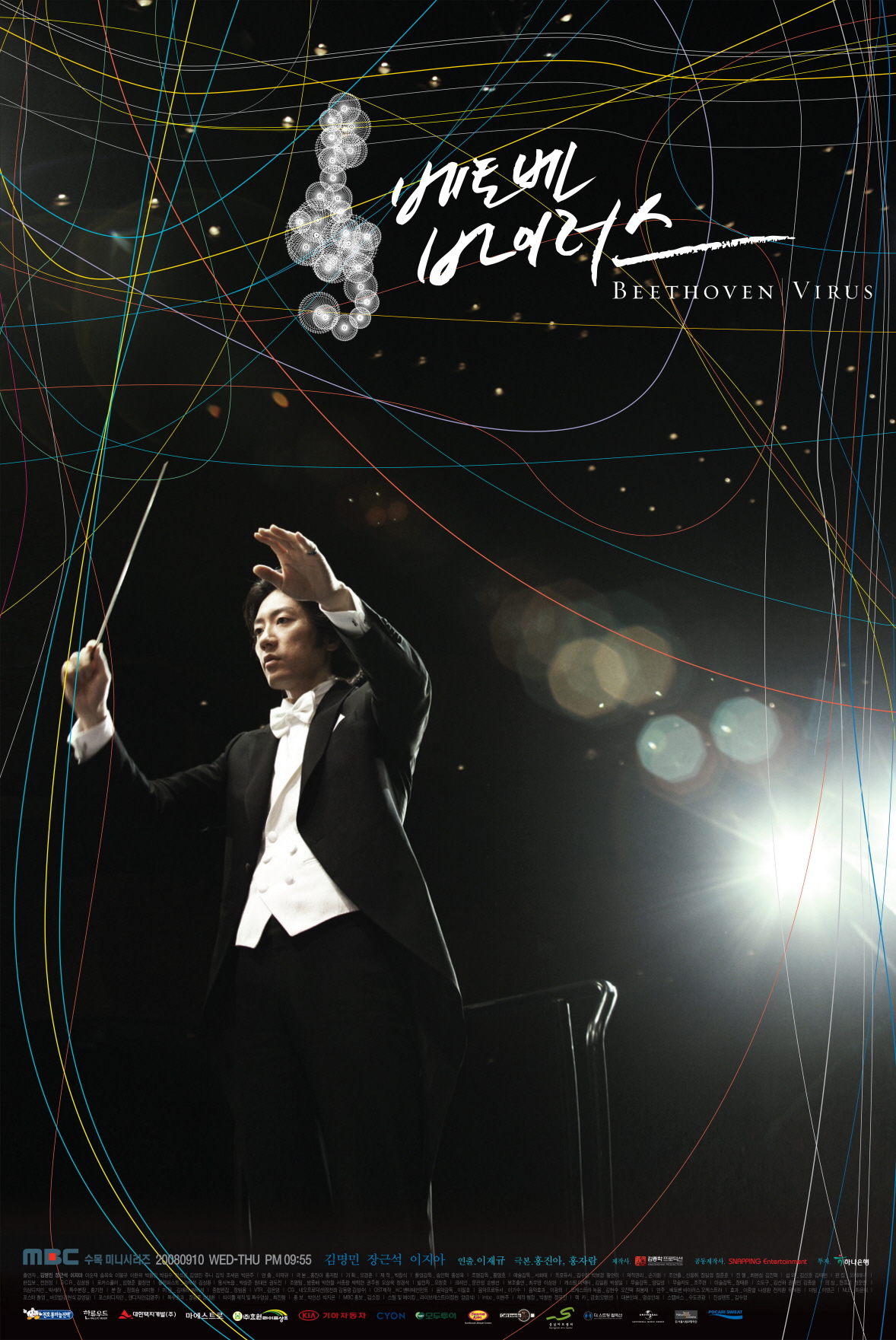 In Beethoven Virus (writer Hong Jin-ah, Hong Ja-ram, director Lee Jae-gyu), three people with different personal foibles and life experiences meet together as members of an orchestra where they search for meaning in their lives. A press conference for Beethoven Virus was held on September 10, 2008 before the season premiere of the show.

Actor Kim Myung-min will portray Kang Ma, an eccentric and hot-headed orchestra conductor, and he gave an impromptu performance during the press conference by conducting an orchestra to the applause of everyone.

Here is a transcript of the interview.

- Wasn't it difficult to play an orchestra conductor?

- Whenever I take on a new role, I always hear people tell me that I choose difficult characters to play. I have doubts about whether I can handle a role when a script is given to me but I think it's a habit of mine to go after challenging roles. It fires up my competitive spirit. It was hard in the beginning but now I'm getting the hang of it. I relish such challenges and it makes me happy.

- You're very focused on the set. How do you stay focused?

- Most of the orchestra musicians in the TV drama are not actors. They were not used to shooting scenes all night and they had to adjust to that. Under such circumstances, I knew that if I didn't stay focused then they would get distracted. So I really had no choice but to be like that.

- I'm amazed at your skill in conducting an orchestra. Did you take lessons?

- I took conductor lessons for five months. I don't want to show a poor performance that would elicit comments such as, actors shouldn't pretend to be conductors,? or ?He's just going through the motions.? I know that how realistically I portray my character will have an impact on the show. I didn't want to stand before an orchestra and move my arms around like a conductor. I want to show viewers that this is real. I have some doubts about myself but I did it for the show.

- How do you feel about the competition in the same primetime slot as your show?

- I would be lying if I said that I don't feel any pressure. I feel some pressure whenever I appear in a new show. I don't want to do a show that people will forget. Even if the show gets low ratings, I would see it as a success if it was a memorable show. I think Beethoven Virus will be well-received and draw a lot of attention from people.

- What if your character Kang Ma Changes

- I would like my character to stay the same throughout the show. It's a very interesting role. He doesn't get mad at people because he's like that. He just has a sense of what sounds right or wrong and when people don't meet his standards he'll get mad at them.

- I'd like to share some traits with him actually. I don't go to extremes to attain perfection like he does but I do pursue perfection somewhat. Sometimes, he'll go too far with an issue.

- How do you choose a role?

- It has to grab my attention. I gravitate towards roles that are challenging to me. When I read about a character and think I can handle it, then it doesn't sound compelling to me. I want to try new things in my life and career.

- Is there anyone you tried to emulate when playing your character?

- Herbert von Karajan. I think he was the best. If Kang Ma were a real person I think he would be like him. Karajan knew so much about conducting and that was why he was so great.