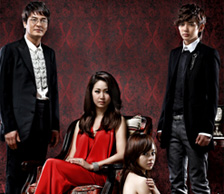 Revolving around the bickering members of a superrich family, their greed and ambition bring them into a downward spiral. The drama shows how the pursuit of material wealth and power does not bring happiness and for some, it can be a curse. Star-crossed lovers and demeaning treatment towards people perceived to be of a lower station are used as story arcs in the drama and also as lessons to viewers. When the family members conspire against each other to seize control of the family business, the intricacies of each characters’ personality is portrayed vividly, giving them a three-dimensional persona. Rich people are just like normal people and also have normal problems once you look beyond their enormous wealth. Despite being beset with typical problems that families have, these rich family members have to keep up with appearances that they command a loftier place in society and hardly deal with problems that the Average Joe faces. This drama peels away those layers to show that they are humans too with flaws.