Tears of the Antarctic 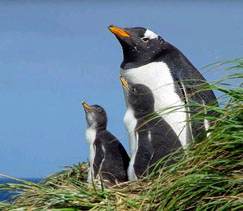 Encountering humankind’s last hope at the bottom of the world...
Stumbling upon an extreme environment frozen in a prehistoric era...


The last continent on the planet that remains untouched.
But Antarctica is melting.

Celebrating its 50th anniversary, MBC presents the documentary special “Tears of the Antarctic”
100 years ago, Roald Amundsen became the first explorer to reach the South Pole and to commemorate his achievement, MBC presents this exciting documentary full of wonder and adventure. The activities of South Korea’s permanent base in Antarctica is also illuminated as South Korean researchers search for clues on how to solve global warming.

The world turns its attention to Antarctica 100 years after it was explored by humans!

As a continent covered in ice and snow, Antarctica retains a natural beauty that has been protected by extreme cold since prehistoric times.
The place also possesses key indicators on climate change and possible solutions.
The world is now turning its attention to Antarctica.

Fears of a cataclysmic event caused by climate change...
The ice sheets of Antarctica are melting.
Antarctica, humankind’s last hope, is attracting the world’s attention!
South Korea’s research efforts on this unknown continent are taking place.

Celebrating MBC’s 50th anniversary...
This documentary was undertaken in one of the most extreme climates on Earth to find ways to combat climate change, which is underway.
A new beginning in the adventure documentary genre.
The high emotions and heartwarming footage in the Tears of the Antarctic is a must-see for viewers.